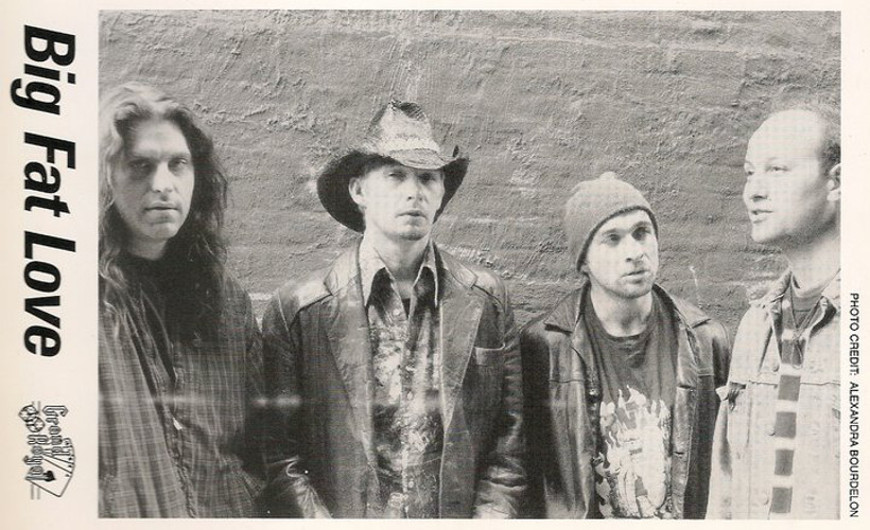 “It started in a house with a bunch of guys, and it turned into a rambling, on again off again musical adventure, with numerous incarnations. The band’s only record, Hell House, was released in 1997 by Grand Royal Records, thirteen years after most of the material that appears on it was recorded.

John Berry, an original member of the Beastie Boys, played bass on all the tracks and sang on a few, along with Bosco (more biographical info follows). The band, however, went through several subsequent incarnations and recorded numerous songs after the 1984 sessions at Secret Society studios.

Like many rock bands, Big Fat Love was organized around a particular living space, in this case a house, where several of the band members lived and where, in the mid-80’s, an amorphous and slightly derelict group of people spent time. Big Fat Love didn’t move to the house as a band, they just sprung up out of the house the way that, in the right conditions, a random bit of plant life springs up from a crack in the sidewalk.”

“Big Fat Love was formed in Manhattan in 1984 by singer/guitarist John Berry, who three years earlier co-founded the Beastie Boys; also comprising bassist Bosco, guitarist Eric Hubel and drummer Michael Diamond — a.k.a. the Beasties’ Mike D. — the group’s earliest incarnation proved short-lived as Diamond exited soon after. Berry was the next to go, and with the addition of drummer Erik Talbert, Big Fat Love forged ahead, opening a series of dates for Big Audio Dynamite in 1987; B.A.D. frontman Mick Jones subsequently agreed to produce a session for the band, but after recording three tracks Bosco relocated to the tropics, effectively dissolving the group. When Bosco returned to New York in the early 1990s, he attempted to regroup Big Fat Love, finally convincing the other members to record new material under the auspices of the Beasties’ Adam Yauch; the resulting LP, Hell House, soon followed on Grand Royal.”
— AllMusic.com.

The 3 songs mentioned in the biography are here. Pulled from a rough board mix cassette. Mick Jones from The Clash and B.A.D. produced the tracks after having the band open for him for several nights in NYC

Big Fat Love – Too Much

Fred Parcells played trombone on the Mick Jones sessions and live at the B.A.D. gigs.  He recalls some events:

“I think we opened 4 or 5 nights for Big Audio Dynamite. Eric Hubel, Bosco, Mike D, I remember Sparks being there, playing tambourine. At the time I was in a few bands; Angat, The Rump Rollers, Fat Doggy, Chill Faction, and a musical called “Maybe He Was Right”. The play was about a dead wedding. I was in the dead wedding band so my face was covered in white stage makeup. In order to make the gig I had to run out 5 minutes before the last curtain call and jump in a taxi to Irving Plaza. I would literally have to jump on stage for the opening downbeat – ghostly white-faced and all.

Mick Jones was paying us for being the opening band by covering the studio and producing the demo for us. This was of course a great honor and it was hoped that it might put BFL on the map. The studio was nice. It had a wall to wall couches hangout room with the wide screen TV where porno videos constantly played. We spent most of our time there till it was time to record. I had written out horn charts so there wasn’t much to think about. I always felt out of place with that crowd because everyone was working so hard to be ‘cool’ all the time, except for Mick, he was cool. One late session after sitting around too long we recorded ‘To Much’ (I think it was that tune), anyway I was kinda annoyed having to do take after take so I decided to wake myself up and do an insane laugh during the intro. No one heard it because of the separation booth until we all went in to hear the playback. Mick said, “What is that?” Everyone looked around to see who the offender was. “It’s me.” I said. Mick cracked up saying, “That changes the whole character of the tune.” I could see the tone change from bad to good. I guess that made me cool because it was a lot more fun hanging out for the rest of the sessions. By the way, cool Mick was so cool he never paid the studio so Bosco never got the master tapes. Luckily Bosco gave me his board tape. Oh yea, the other thing, Big Fat Love never became the next Big thing either, but they should have. Bosco was a genius. He was cool.

In 1996 Big Fat Love released their first and only LP on the Grand Royal label. 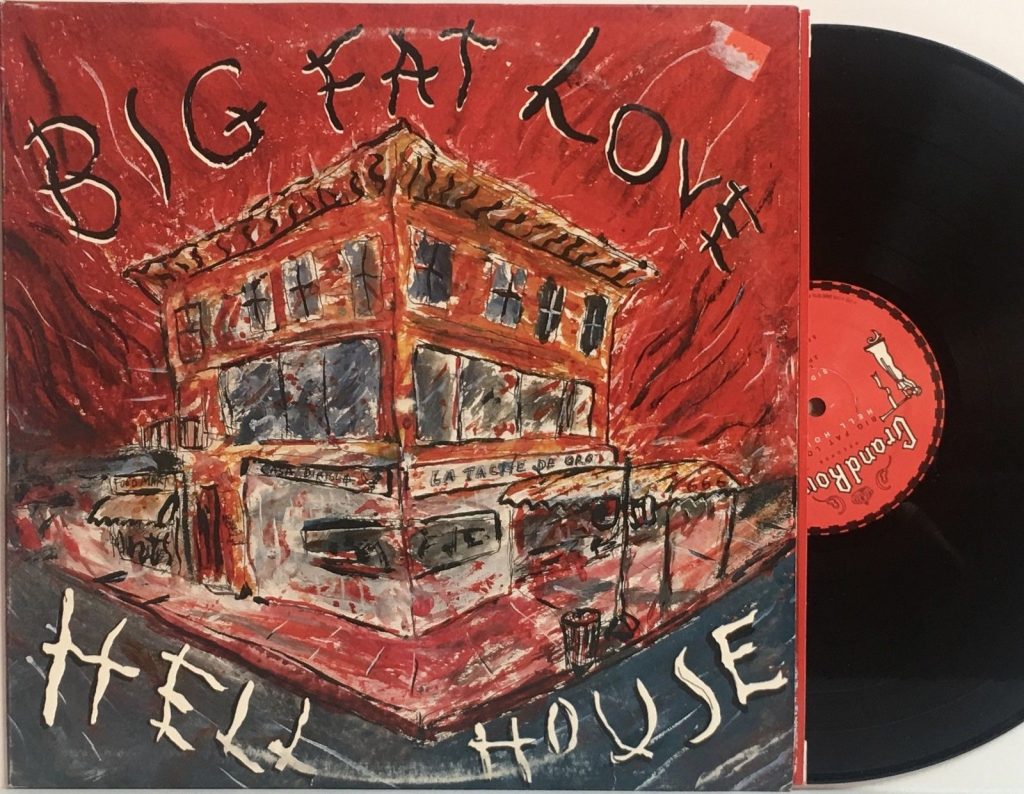 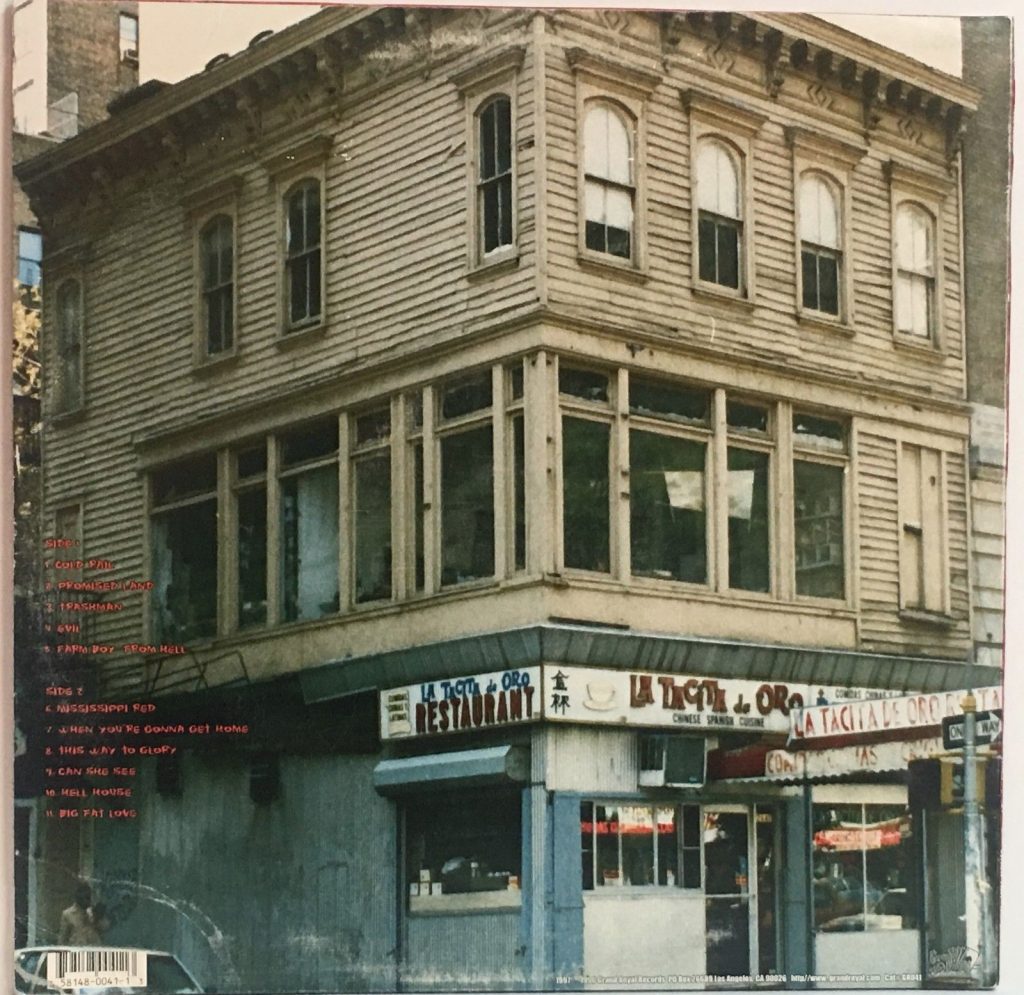 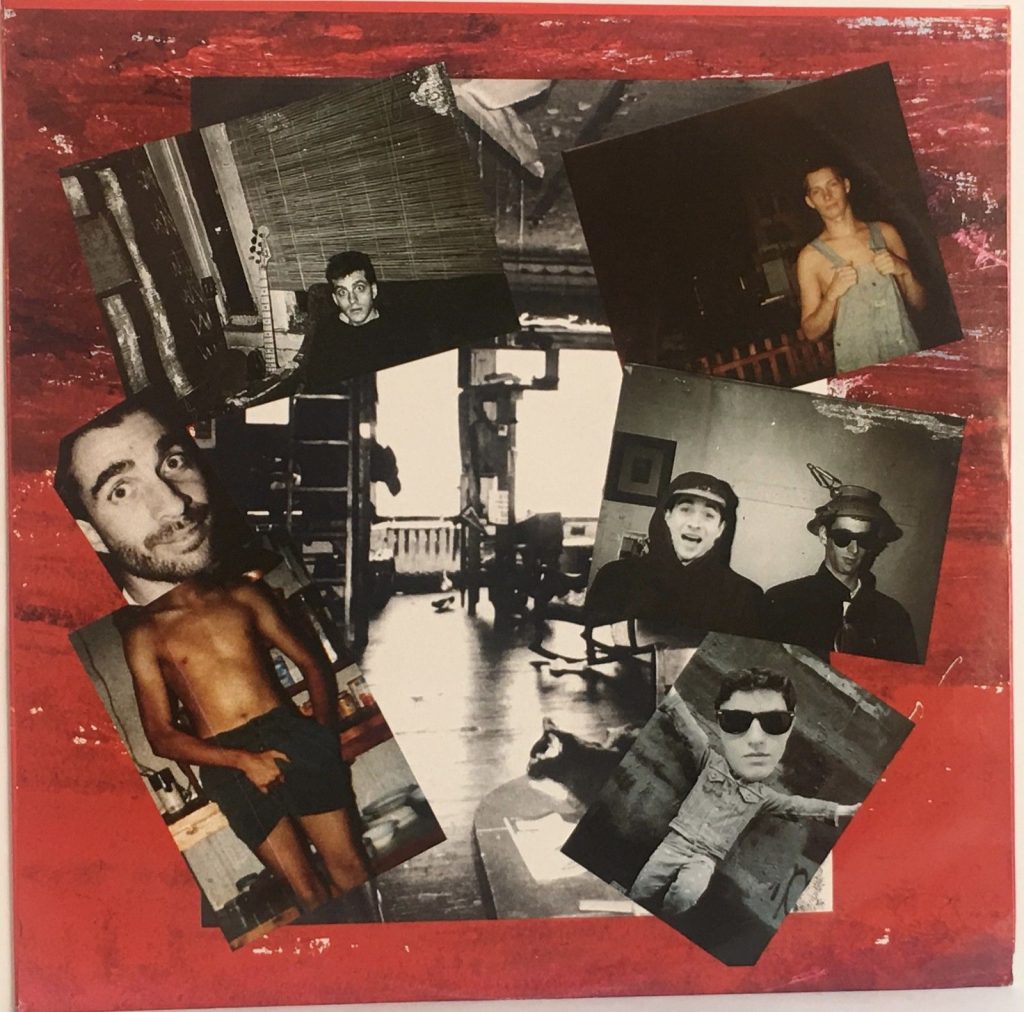 You can buy this in all formats here: Big Fat Love – Hell House